How True Authority Is Actually Gained

How True Authority Is Actually Gained 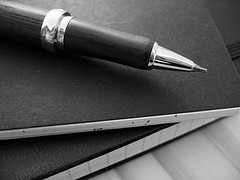 In this online social world we live in some individuals, by virtue of somewhat arbitrary measurements, have been able to assign and command authority, but I offer that authority, in the end, is earned through a much different path.

Ultimately, over time, authority is gained by how you relate to communities. How you serve and add value – and I sense a significant shift in what and whom we view as actually authoritative.

It’s not about being expert in a world that has no more subjects left to master. It’s about signal, signal that’s clear and true and consistent.

In a time where our reality is increasingly dictated by screens instead of people and experiences, I believe you command authority not by assigning it to yourself, but by practicing the following five habits.

Instead of picking up on the latest trend or finding a niche that seems wanting, you command authority by having and sharing a point of view that you believe is true and worth holding on to.

This can be your view on work or life or simply your advice to a client. It’s okay to say to the world – this is the one thing everyone must do – if you believe it, practice it and perfect it.

Surround yourself with teachers

This one is a little counterintuitive because people who want to command authority often strive to be seen as the teacher.

I’m here to tell you that growth and your ability to relate to and add to a community comes from spending a great deal of time as the most inexperienced person in the room.

When you become so big that your ego competes with this notion, you’re on your way down.

People who gain some little measure of authority often try to cling to it by surrounding themselves with people and information that supports what they already believe.

When we do things in an effort to please or prove how right we are, we lose the ability to expand and make choices that are evolutionary for us.

You command authority by exploring new ideas and intentionally stretching your level of comfort.

If you share and hold on to opinions that matter and you do so without trying to please others, you should expect people to respond and you should be prepared to nurture and grow that response into a community.

In fact, if you are to command authority you have a responsibility of sorts to deal with the positive and negative responses that come from how you relate to communities.

Vulnerability is another one of those terms that’s getting a lot of play and words these days.

One of the ways you command authority is to show the world you don’t need it. Show your community that you can be as silly, frightened, confused and happy as they are and they will trust your intentions even more.

This is a scary one for most leaders, but know that you don’t have to always have the answer – if you are to command authority people simply need to know they can trust you.